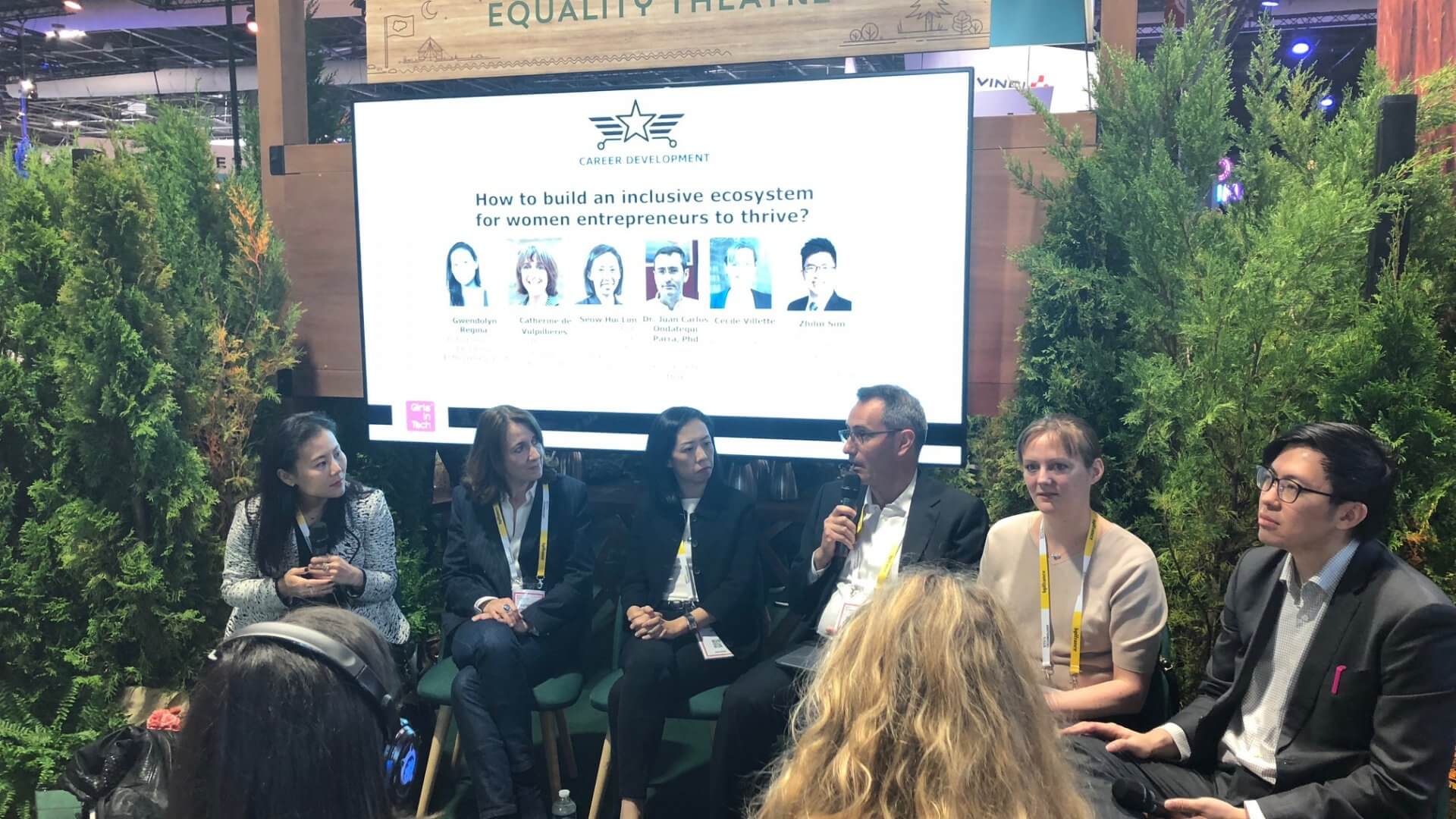 VivaTech is the world’s rendezvous for startups and leaders to celebrate innovation. It was held in Paris on May 16–18th of 2019, and WIVI was invited to discuss in a panel discussion as winning second prize of the Girls in Tech Paris competition.

From top speakers and exhibitions to open innovation and live experiences, VivaTech is a gathering of the world’s brightest minds and talents who believe in the power of technology to transform business and society.

Since its first edition, VivaTech has been actively committed to the cause of gender parity and they have set a goal of total gender parity among its speakers in the next two or three years (in 2018 40% of the speakers were women).

WIVI, first solution designed by eHTS, was invited as one of the winners of the Girls in Tech pitch Competition to participate in a panel discussion at VivaTech. Thus, Mr. Juan Carlos Ondategui Parra, co-founder of WIVI, was guest speaker at the panel entitled “How to build an inclusive ecosystem for women entrepreneurs to thrive” scheduled on  May 17th at 11:45 am

The co-founders would like to express their gratitude to Girls in Tech Paris for the opportunity of being invited to an outstanding event that gathered more than 100,000 attendees and 9.000 startups.