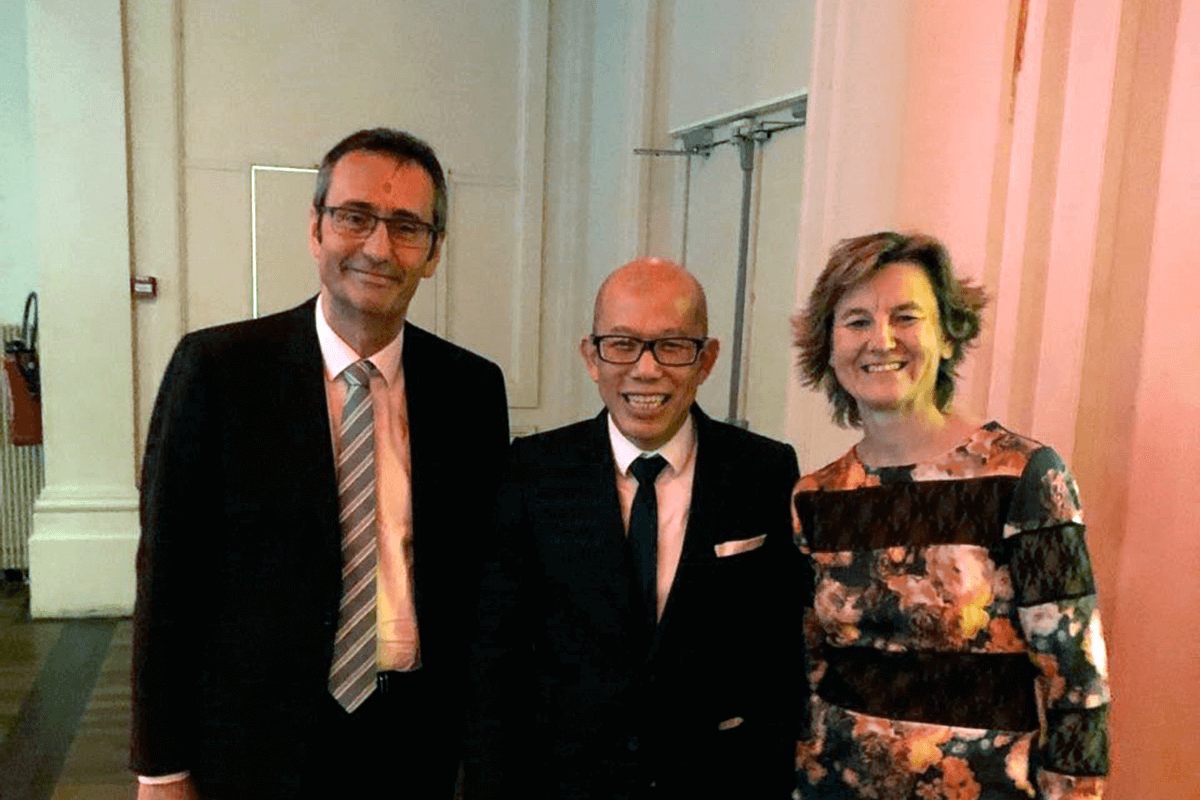 The company attended the closing ceremony as one of the winners at the Girls in Tech competition.

This was one of the activities held within the context of a fruitful year of collaboration between two countries.

WIVI’s founders, Eva García Ramos and Dr. Juan Carlos Ondategui Parra, attended last December 4th the closing ceremony of the Singapore-French innovation year. The company was invited as one of the winners of the Girls in Tech pitch competition. This was one of the sixty activities held during the last 11 months, in order to boost innovation and cooperation between France and Singapore.

Indeed, it has been a fruitful year of  collaboration and, as Deputy Prime Minister and Coordinating Minister for National Security Teo Chee Hean said, “France and Singapore are… natural partners in innovation. We are both acutely aware of the transformative power of innovation.”

Mr. Zainal Arif Mantaha, Ambassador of Singapore in Paris, was the organizer of the event. WIVI’s founders were able to thank once again the organizers of Girls in Tech and the Ambassador for his kind invitation to the event, as the only Spanish company in the event.